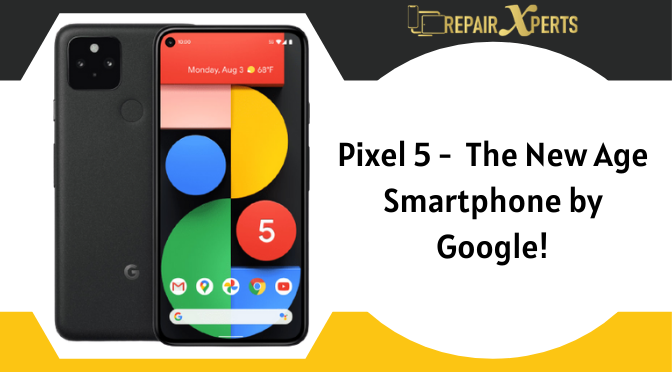 Google had come up with the teaser images of Pixel 5 as early as this winter, earlier this year. Hence, it was long overdue and the followers had been waiting all these months to get the first glimpse of the gadget since then! To be frank, all the pandemic-related hullabaloo and lockdowns, prevailing economic issues the world over have failed to get the better of all their aspirations. Finally, the wait is over and Google has finally given as a go for its newest pixel phone.

What is the Google Pixel 5 is all about?

If the experts are to be believed, Google has tied something new and different with Google Pixel…something that is more revolutionary and economic and hence, something more happening, this time. Rather than taking on the other giants directly with some super-expensive, state of the art, high-end phones with a series of value additions, Google has come up this time with something that is more like a budget flagship, which is enough to give hints about the subsequent editions that are likely to follow. And as if to justify its stand, they have tagged a price for Pixel 5 that starts from $999, surely much more modest than the ones from Apple and Samsung and other giants.

Having started with the price, let us move to its features.  In Google Pixel 5, you will find a Snapdragon 765G chip, rather than the customary 865 processor that you find in android phones these days. It also comes with 8GB of RAM and a 128GB of storage, and a 4,000 mAh battery.  It features a 6-inch OLED display that comes with a 90Hz refreshing rate, coupled with dual rear cameras that include a 12-MP main cam and a 16-MP ultra-wide-angle lens. In other words, Google has done away with the 2x telephoto lens that its earlier version, Pixel 4 had come with. However, you still have the provision of access to the good old Super Res Zoom feature from Google, when you are in a mood to zoom.

Another new feature that Pixel 5 comes up with is the provision of reverse wireless charging, apart from the Qi wireless charging. This will help you to recharge your Pixel buds, as well as the other wireless earbuds when you are traveling.

Here’s some good news for the photo buffs. Google has finally improved the image quality of its camera in this latest avatar of Pixel series, with a state of the art focus bracketing technology, which works with HDR for producing brighter and more colourful, clearer and more distinct images.

Besides, they have also added the ability to use the low Night Sight feature, when clicking photos in portrait mode. Besides the portrait mode has been further fine-tuned and improved with a new tool called portrait light, which will come in handy in preventing events like a backlit scene blowing out of the picture. The phone also comes in with a better and improved Google Photo Editor.

As far as the video is concerned, Pixel 5 comes with as many as 3 stabilising modes for helping you to capture steady and shake-free footage, which is further improved by the new Cinematic Pan mode, which will help you in capturing more interesting and engaging shots in various light conditions.

And then, you can be sure that this new Avatar is not going to die anytime soon! There is that new Extreme Battery saving mode, which will allow you to choose between features you would need to run and the ones that you can shut down to save the battery juice.

Thus you see, with a string of new features, Google has revolutionized the world of android phones with some revolutionary features that are no less exciting than what the likes of Apple and Android bring from time to time, but at a much higher price.

The good news is that you can get further details about Pixel 5 from Google at us. Hence, to enquire and even place an order if you want, call Repair Xperts at 02 87197880 during our office hours.