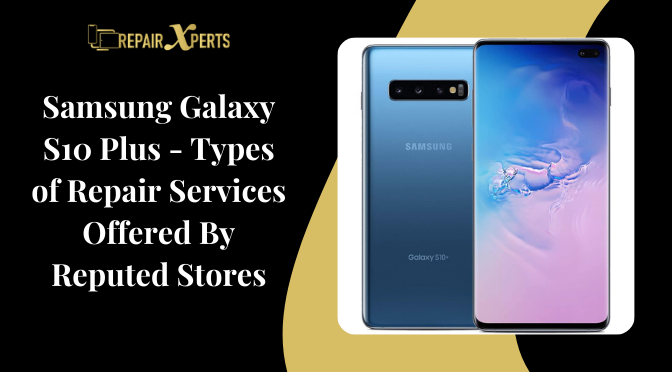 If you are in Sydney with a faulty Samsung Galaxy S10 Plus that should not leave you with sleepless nights. The reason is, there are a number of mobile repair stores who would take care of the glitches and solve them at the earliest. In fact, there are a few issues that any quality mobile repair store would take an hour or so to resolve. On this page, we shall collate the same day repairs that any mobile store carrying out Samsung Galaxy S10 Plus repairs in Sydney would conduct.

This is one of the most predominant issues pertaining to Samsung Galaxy S10 Plus mobile that the professionals would resolve in a matter of a mere hour or so, provided there are no other underlying issues. At times, the screen will either stop responding at all to your commands or will return delayed responses. Or you may find spots and patches due to faults in the polarising layer. Then again, there may be distorted resolution of the colours or your screen may be damaged or have cracks.

Fret not, if you are in and around the NSW capital. Get your device to your nearest repair store that conducts same day Samsung Galaxy S10 Plus LCD screen repairs in Sydney. They will change the screen in a jiffy. One good reason for visiting a reputed screen is that they will replace the faulty screen with a genuine one.

Though a faulty or damaged back cover would not interfere with the functionality of the phone immediately, in the long run, the cracks and the damages of the back cover may expose the inner elements and the circuits to the threat of dust, dirt and other ills.

Thus, the experts would suggest replacing the damaged back cover of your Samsung Galaxy S10 Plus mobile phone sooner than later, to eliminate that threat. Get your device to a reputed store that conducts same day Samsung Galaxy S10 Plus back cover replacement in Sydney. They will replace the damaged cover with a new and genuine one to give your gadget an all-new look and feel.

This is another extremely common issue that any mobile phone user would face at one point in time or the other when their device gets old. The Samsung Galaxy S10 Plus users are no exception.

At times, they will discover that their gadget is taking ages to charge up and is losing juice at a brisk pace. Sometimes, their device will switch for hardly any good reason. Again, the battery size may outgrow its case. All these are telltale signs that the battery of the device has lived its life and has to be replaced. Again, for a store that conducts Samsung Galaxy S10 Plus battery replacement in Sydney, it’s again the same day affair that the experts will take hardly any time to carry out.

Issues with charging ports very often leave the users of the Samsung Galaxy S10 Plus mobile, like any other device. It happens due to a broken string of the port, accumulation of dust in the port or circuit damage. In such cases, you need to get your device to a store that carries out same-day Samsung Galaxy S10 Plus charger port replacement in Sydney. For a reputable store, it’s a 30- minute- or-so affair.

You will find a lot of these stores in and around Sydney. However, of all of them, we at Repair Xperts are the best with formidable experience under our belt and the best experts at our disposal. So call us to fix an appointment now, if you have any of these issues with your Samsung Galaxy S10 Plus phone that can be solved in a day.