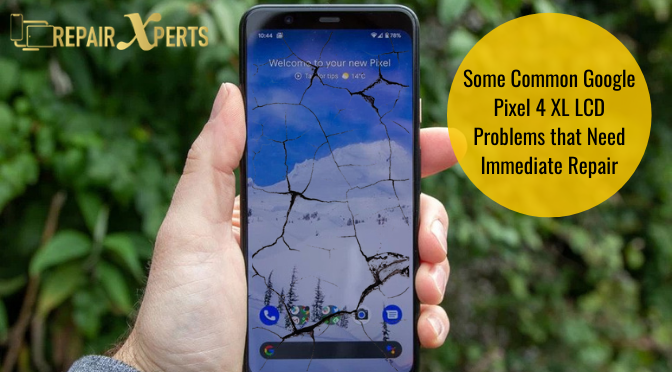 Like every other Android device, Google Pixel 4 phones develop snags from time to time. One of the most frustrating issues that may at times plague its users is problems with its LCD. There are various types of glitches that affect the functionality of the LCD and it is the responsibility of the users to get their devices to a credible company that offers repair service.

We are a prominent name, offering high-quality Google Pixel repairs in Burwood, near Sydney. Of all the issues that our customers complain about their Google Pixel 4 XL LCD screen, the following ones are the most frequent.

Of all the issues, this is the most common problem that the users complain about. Our customers would complain about the missing clarity of the images. The brightness and the contrast of the display also fail to satisfy them at times, no matter how hard they try, by making adjustments and trying various fixing processes. At times they complain about the display getting darker and that cannot be rectified by any means.

The Screen Failing to Turn On

This is another very common Google Pixel 4 XL LCD problem that has a striking similarity to the previous problem, with the only difference being, the screen will not light up at all. Some of the users would complain that nothing happens to the screen even when they put the device on charge. The screen behaves as if the device is dead, though the various sounds that the gadget normally emits are fairly audible.

Flicker issue is one of the most infamous problems that plague Google Pixel 4 XL users. At times, people would come up to us complaining that the LCD of their device keeps on flickering constantly or intermittently without any apparent reason.

This is another pretty peculiar problem that the users of the Google Pixel 4 KL users complain about. They find to their utter dismay and frustration that while watching videos the screen freezes midway, though the video runs in the background. And the worst part is that they fail to resolve the issue without professional Google Pixel 4 XL LCD repairs in Sydney. The only thing that works in such a circumstance is power drainage.

So you see, there are so many types of issues that frustrate the users of Google Pixel 4 XL. Now, there are certain troubleshooting steps that can be carried out to solve these issues. However, there is a risk element attached to these steps. Hence, it is advised to get your phone to us at Repair Xperts for some instant Google Pixel 4 XL LCD repairs. For further details, call us on 02 87197880.